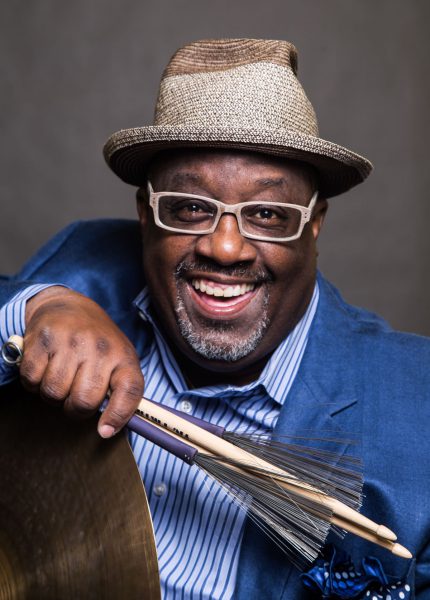 “My ultimate goal is to get to level like Art Blakey, Art Taylor, Elvin Jones, and Billy Higgins … who every time they sit down behind a set of drums it’s swinging….”

Born on April 25, 1961, Allen grew up on gospel, R&B, and funk, but later turned to jazz after hearing an LP by the legendary saxophonist Benny Carter. He studied with drum instructor Roy Sneider and band director Robert Siemele. His first hometown gigs were with sax greats Sonny Stitt and James Moody. Allen studied at The University of Wisconsin at Green Bay from 1979 to 1981, and transferred to William Patterson College in New Jersey, where he graduated in 1983 with a Bachelor’s Degree in Jazz Studies and Performance.

“Carl Allen is an international powerhouse. His sound and feeings have fuled the bands of Freddie Hubbard, Christian McBride and countless others as well leading his own projects. “
– Joe Lovano

Piccadilly Square (Timeless) was Allen’s first CD as leader, released in 1989, followed by The Dark Side of Dewey (Evidence), The Pursuer (Atlantic), Testimonial (Atlantic), and Get Ready, his 2007 Mack Avenue gospel/Motown accented debut release with co-leader, bassist Rodney Whitaker followed up by Work to Do (Mack Avenue Records) featuring Kirk Whalum. 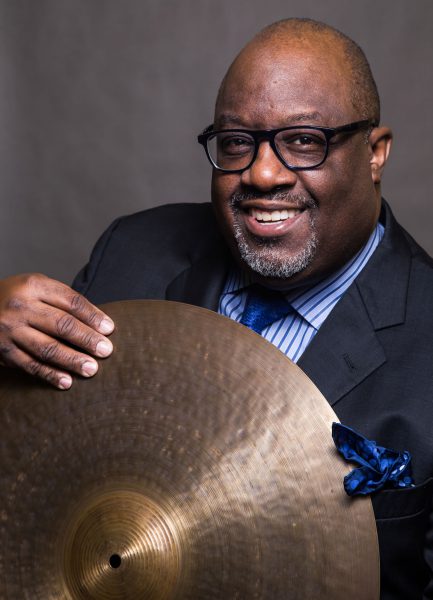 Education has always been part of my mission Allen says. Art Blakey taught me the importance of nurturing the next generation of musicians. “Every generation needs someone to help them get to the next level and this what I am hoping to do”. In May of 2012 Allen received an honorary doctorate from Snow College in Ephraim, Utah in Humane Letters.

Allen is also an accomplished businessman. He co-founded Big Apple Productions in 1988 with saxophonist Vincent Herring, produced several recordings for several Japanese labels with future stars Roy Hargrove and Nicholas Payton. Several years ago he created Nella Productions which produces projects and developed an education component to the company called The New York Jazz Symposium where he runs workshops around the world on jazz. Allen has also produced recordings for pianist Eric Reed, Dewey Redman. Pharoah Sanders, Freddie Hubbard, Kris Bowers and guitarist Lage Lund, the winner of the 2005 Thelonious Monk International Monk Competition and many others totaling nearly 70 credits as a producer.

Carl Allen’s multifaceted career provides the perfect template for what a modern musician should be. As Sid Gribetz of Jazz Times wrote, “more than just another fine drummer, Carl Allen has it all together as a bandleader, businessman, and producer, becoming a force in today’s jazz world.”

Allen maintains an exhaustive schedule of recording, touring and teaching. He remains active as a sideman with Christian McBride and Inside Straight, Benny Golson and others. As a leader most recently leading The Carl Allen Quartet as well as The Art of Elvin, a tribute band dedicated to his two drum influences, Art Blakey and Elvin Jones was started after the passing of Elvin Jones in 2004.

No shows booked at the moment.